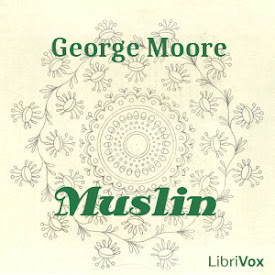 Muslin, better known as A Drama In Muslin, is a realistic novel by George Moore. It describes the lives of five Irish girls after their graduation from convent school. Alice Barton, around whom the story revolves, is unfulfilled by the role society gives her. She wants to find herself, but is prevented from doing so by her gender. Olive, her younger sister, was less popular at school but more "successful" in real life. The sisters could not be more different, and the book explores the rivalry between them. But this book is not only about five girls. It shows the beginning of the battle between landlords and peasants in Ireland, the poverty, and much more. Upon publication, it was considered immoral and banned by the main British libraries. Despite this, due to the public's growing love of realism, it became very popular and is almost constantly in print. - Summary by Stav Nisser. (10 hr 51 min)