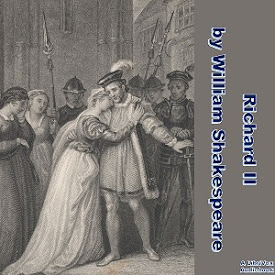 Billed by scholars as the first part of the all-encompassing Henriad, Richard II is a richly satisfying probe into the inner workings of monarchical rule and its evolution from being seen as divinely held to a more modern conception that incorporates political cunning. Shakespeare positions the titular Richard in the former position, his shortcomings as England's leader made all too clear when he bungles the handling of a judicial duel, and then later seizes money and assets that are not rightfully his in order to fund an Irish war. At the opposite end is the Machiavellian opportunist Henry Bolingbroke, who assembles enough supporters to help him dethrone the king and become the future Henry IV—the protagonist of the next two plays in this historical series. Written entirely in verse and containing some of the Bard's most florid and evocative language, Richard II never fails to transport its audience back to its time, where the furious machinations of government and kingly rule could be as captivating and intense as any battlefield siege.