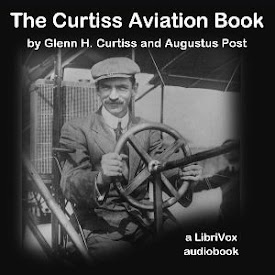 Glenn Hammond Curtiss, of Hammondsport, New York, won the Scientific American Trophy for the first pre-announced and officially witnessed airplane flight in North America when he flew his plane, the June Bug, 5,080 ft on July 4, 1908. In 1910, he was awarded permanent possession of that trophy when he made the first successful long-distance flight, 147 miles from Albany to New York City. He was the holder of the first US pilots' license ever issued, and opened the first flying school in the US. During WWI, most US military pilots got their training on the Curtiss JN-4, popularly nicknamed the "Jenny". Curtiss earned the title of "Father of Naval Aviation" when he developed the first hydroplanes and the first system for planes to take off and land on carrier ships at sea. In 1912, he co-authored the Curtiss Aviation Book with fellow aviation pioneer Augustus Post, detailing his early flights at Hammondsport, and discussing the state of aviation technology as it stood at that time. The book also includes three chapters on specialized uses of the aeroplane, by Paul Beck, Theodore Ellyson, and Hugh Robinson. (Maria Kasper) (7 hr 14 min)

Pt 3 Ch 4 - Beginning of the Hydroaeroplane

Pt 4 Ch 5 - The Aeroplane as Applied to the Army

Pt 4 Ch 7 - Gliding and Cycle-Sailing, a Future Sport for Boys, the Airmen of T…

Pt 6 Ch 2 - A Description of the Curtiss Biplane

sorry, it's the voice

unfortunately the narrator's voice is grating