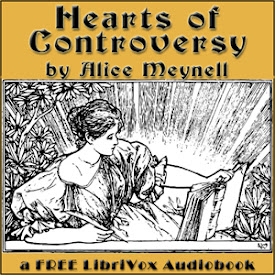 Alice Meynell was an English essayist, critic, and poet who was also a leading suffragist, serving as vice-president of the Women Writers' Suffrage League, She and her husband Wilfrid Meynell were active in publishing and editing literary works including helping to launch the first works of Francis Thompson, author of "Hound of Heaven." The Meynell's later converted to Roman Catholicism. In this volume, In this volume Meynell offers her impressions on some of the best known literary figures of her day including Charles Dickens, Tennyson.and the Bronte sisters. - Summary by Larry Wilson (2 hr 19 min)

Some Thoughts of a Reader of Tennyson

Dickens as a Man of Letters

The Century of Moderation