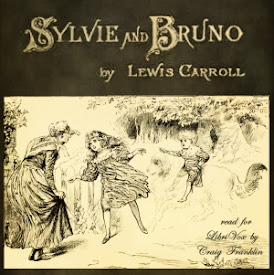 Sylvie and Bruno, first published in 1889, and its second volume Sylvie and Bruno Concluded published in 1893, form the last novel by Lewis Carroll published during his lifetime. Both volumes were illustrated by Harry Furniss. The novel has two main plots: one set in the real world at the time the book was published (the Victorian era), the other in the fantasy world of Fairyland. While the latter plot is a fairy tale with many nonsense elements and poems, similar to Carroll's Alice books, the story set in Victorian Britain is a social novel, with its characters discussing various concepts and aspects of religion, society, philosophy and morality. - Summary by Wikipedia (7 hr 42 min)

A RIDE ON A LION.

A JESTER AND A BEAR.

A VISIT TO DOGLAND.

HOW TO MAKE A PHLIZZ.

THROUGH THE IVORY DOOR.