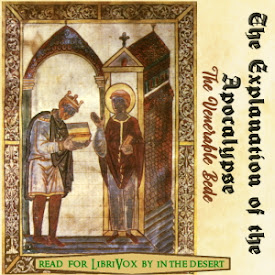 The Explanation of the Apocalypse

The Explanation of the Apocalypse by Ven. Beda is the earliest of the many works of our own writers on that Book, and, as such, may well deserve to appear in a form accessible to English readers.

The chief characteristics of Beda's method of exposition may be thus stated. The several visions are considered not to be successive, but contemporaneous, with occasional recapitulations and to represent the condition of the Church in all ages, under different aspects. The thousand years, in the twentieth chapter, are interpreted of the present period of the Church's existence, in accordance with the opinion of St Augustine, in the second part of his De Civitate Dei. The 'attention is closely directed to the text, and to corresponding passages of Holy Scripture, that the meaning of the symbolic language may be elicited. The previous exposition of Tichonius is mainly, but not exclusively followed. Beda appears, for example, to have adopted several opinions from St. Gregory the Great, and Frimasius, as well as St. Augustine.

The Letter of Beda to Eusebius

The Venerable Bede read in a clear voice and British accent.