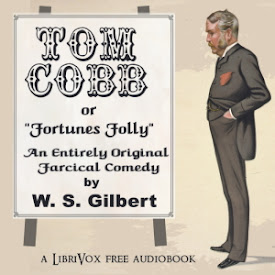 Tom Cobb: "Why, there's a squalid old pauper idiot, a patient of his, who's got no name of his own, and Whipple [Doctor] christened him "Tom Cobb", because he says he's the ugliest old lunatic he ever saw and reminds him of me. And all the boys in the neighborhood have taken it up, and he's been known as Tom Cobb for the last two years. That's pleasant of Whipple.... One Tom Cobb's enough at a time!"