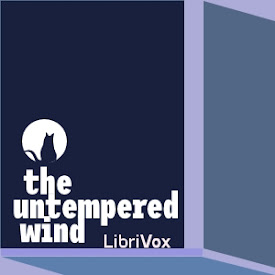 Upon publication of “The Untempered Wind” in 1894, Joanna Wood quickly rose to international prominence, becoming in the next few years the most highly paid fiction-writer in Canada. In this novel, we find a detailed picture of village life. The narrative weaves through a variety of character types: the refined and the coarse, the humble and the self-righteous, the virtuous and the vicious. All these types are measured according to their treatment of Myron Holder, a young unwed mother — a “fallen woman” in the eyes of this “spiteful, narrow-minded village.” An early reviewer extolled Wood as Canada’s Charlotte Brontë, because of her sympathetic treatment of a disadvantaged woman trying to forge an independent life. An even more apt comparison might be to Thomas Hardy: like Hardy's characters, Myron is buffeted by cruel, relentless Fate — the “untempered wind” of the title. In “Silenced Sextet” (a 1993 study of once-popular Canadian women writers who subsequently dropped out of the public eye), Joanna Wood is seen as an important figure in the development of realism in Canadian literature: “No nineteenth-century writer better presents the sound, smell, and feel of day-to-day village life in this country.” - Summary by Bruce Pirie (11 hr 40 min)

Rather sad story Thank you Bruce