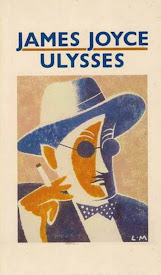 Dramatisation of the great modernist novel, specially edited for BBC Radio 4 Extra. 16th June 1904: Stephen Dedalus and Leopold Bloom's Dublin days unwind.  With Henry Goodman, Andrew Scott and Stephen Rea. Directed by Jeremy Mortimer. Episode 1 With Henry Goodman, Andrew Scott and Stephen Rea. 8am: 'Stately plump' Buck Mulligan calls Stephen Dedalus to the top of the Martello tower overlooking Dublin Bay - and so begins James Joyce's celebrated account of the 16th June 1904. The combined stories of Stephen and Leopold Bloom as they meander through the city. Dramatised by Robin Brooks. 8.15am: Stephen Dedalus breakfasts with Mulligan and the Englishman Haines before walking out along the strand to the swimming place at Forty Foot Hole. 10am: Stephen Dedalus collects his wages from Headmaster Deasy, who wants Stephen to deliver a letter about the recent outbreak of Foot and Mouth disease to the editor of the Evening Telegraph. 8am: 7 Eccles Street, Dublin. The home of Leopold and Marion (Molly) Bloom. Bloom, we are told, 'eats with relish the inner organs of beasts and fowls' and cooks himself a pork kidney for breakfast. While Molly receives a letter from concert promoter Hugh 'Blazes' Boylan who has arranged to visit her later in the day, Bloom prepares to attend Paddy Dignam's funeral at Glasnevin cemetery. 11am: Stephen walks on Sandymount Strand before visiting the offices of the Evening Telegraph, where he catches a glimpse of advertising salesman Leopold Bloom. Stephen takes the Editor out for a drink, while Bloom slips into Davy Byrne's pub for a cheese sandwich. Episode 2 With Henry Goodman and Andrew Scott. 16th June 1904: Stephen explains his theory of Hamlet, then Bloom argues with the bigoted 'Citizen'. With Henry Goodman and Andrew Scott. 2pm: Stephen tries to get commissioned for an article at the National Library, while Leopold Bloom takes lunch at the Ormond Hotel and listens to Simon Dedalus and Benjamin Dollard sing at the piano. Mid-afternoon: Hugh 'Blazes' Boylan is on his way to his adulterous assignation with Molly Bloom in Eccles Street. 5pm: Bloom gets into an argument with the 'Citizen' which climaxes in mock-heroic battle. Bloom makes a dignified retreat and his opponent flings a biscuit tin after him. This episode is narrated by an anonymous crony of the 'Citizen', an anti-semitic Nationalist bigot. Repulsive as he is, he provides an opportunity for Bloom to show his true heroism by arguing against prejudice and preaching a doctrine of love and understanding. Episode 3 With Henry Goodman and Frances Barber. 8pm, 16th June 1904: Bloom spies on Gerty, then rescues Stephen from a brawl outside a brothel. Bloom cannot go home, for he knows that Molly has an adulterous appointment with Hugh 'Blazes' Boylan. So he stands on the beach at nightfall watching Gerty MacDowell enjoy the fireworks. Meanwhile, at the maternity hospital in Holles Street, Mina Purefoy is still struggling - after three days - to give birth. Nearby, Stephen Dedalus joins a raucous group of medical students and Bloom also joins the party, which then moves off to Bella Cohen's brothel. Episode 4 With Niamh Cusack. After midnight: Bloom takes Stephen home and gives him cocoa. Molly muses on her afternoon with Boylan. Bloom takes Stephen home, and gives him a cup of cocoa. They talk, relieve themselves in the garden and go their separate ways. Bloom thinks on Molly's sexual encounter with Blazes Boylan. He joins her in bed. He sleeps. Then Molly also muses on Boylan, re-living the afternoon's activity and winding up all the threads and themes of the day. Dramatised by Robin Brooks. Four episodes: From: Saturday 15 February 2014 16:45 BBC RADIO 4 EXTRA

very pleased with this performance