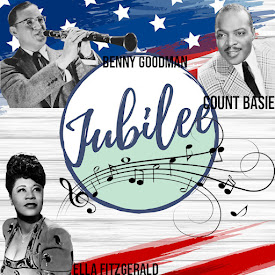 Jubilee ran from 1942 to 1953 and was aimed as a morale-building service for black troops and aired for military personnel. The show was hosted by Bubbles Whitman, yet was never broadcast at home. Jubilee filled an important gap in the musical history of radio, though it was transcribed for distribution to service personnel and was not heard home. Conceived, at least in part, as a morale-building service for for Negro troops overseas, it presented bands and entertainment that had been given short shrift by the networks. The wartime host, Ernie "Bubbles" Whitman, was a jive-talking bundle of energy. Most of the shows were recorded before live audiences in Los Angeles: either at network studios or in the facilities of such syndicators as C.P. MacGregor and Universal Recorders. The series has emerged as an important piece of black heritage: its War Department status ex-empted the performing artists from the union-mandated recording bans of 1942-43 and 1947-48, and many of the discs contain unique performances. Synopsis from oldtimeradiodownloads.com https://www.oldtimeradiodownloads.com/variety/jubilee

Lucky Millinder and Jimmy Noone

Louis Armstrong and The Mills Brothers

Stan Kenton and The Hollywood Blazes

Ike Carptntter and The Four Blazes

Billy Eckstine and The Trenner Twins