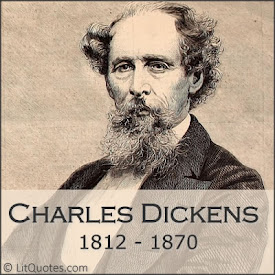 A Tale of Two Cities  By Charles Dickens Dramatised by Mike Walker Episode 1/5: Recalled to Life Robert Lindsay leads a cast which includes Alison Steadman, Jonathan Coy, Andrew Scott, Paul Ready and Karl Johnson in a new dramatisation of Charles Dickens's classic, with original music by Lennert Busch. From the echo of the first line 'It was the best of times, it was the worst of times' to the final 'It is a far far better thing that I do than I have ever done', Dickens's novel of the French revolution tells a story of the redemptive powers of love in the face of cruelty, violence and neglect. A Tale of Two Cities won the Bronze Sony Award for Best Drama last year. Written and published in weekly instalments in 1859, A Tale of Two Cities is set in London and Paris before and during the French Revolution. It shows the plight of the French people under the brutal oppression of the aristocracy in the years leading up to the revolution, and the corresponding savage brutality of the revolutionaries toward the former aristocrats in the years immediately following. The story follows several characters through these events, notably Charles Darnay, a French former aristocrat who falls victim to the indiscriminate wrath of the revolution, and Sydney Carton, a dissipated English barrister who tries to redeem his ill-spent life out of love for Darnay's wife, Lucie Manette. Although the events covered in A Tale of Two Cities cover eight years, the plot develops and builds powerfully from the moment that the story opens, with the coded rumours of Dr Manette being 'restored to life' and Dickens orchestrates the wider political picture behind the story of Lucie, Darnay and Carton, with his customary brilliance. Music by Lennert Busch Directed by Jessica Dromgoole and Jeremy Mortimer This is the sixth Dickens novel that Mike Walker has dramatised for Radio 4. His dramatisation of Our Mutual Friend, also directed by Jeremy Mortimer and Jessica Dromgoole, was broadcast in the Woman's Hour drama slot in 2009. Episode 2/5: The Old Order Lucie Manette is a witness at Charles Darnay's trial for treason at the Old Bailey, where his defence team includes the dissolute Sydney Carton. Meanwhile, an incident in a Paris street stirs revolutionary fervour.  Episode 3/5 - Two Promises In a Paris wine shop information is exchanged about the courtship of Lucie Manette and Charles Darnay, and indeed, in London, it appears that a wedding is indeed in the air.  Episode 4/5 - The Grindstone Much against the wishes of his new wife, Charles Darnay is determined to travel to Paris to go to the aid of a family retainer who has been imprisoned by the revolutionary committee.  Episode 5/5 - The Substance and the Shadow Sydney Carton is in Paris with Lucie and her father, determined to try and save Charles Darnay's life. An encounter in a Paris street with someone from the import-export trade may just provide the ghost of a chance. Credits Author Charles Dickens Adaptor Mike Walker Charles Dickens Robert Lindsay Jarvis Lorry Jonathan Coy Miss Pross Alison Steadman Lucie Manette Lydia Wilson Dr Alexandre Manette Karl Johnson Charles Darnay Andrew Scott Ernest Defarge James Lailey Therese Defarge Tracy Wiles Gaspard Simon Bubb Jerry Cruncher Carl Prekopp Joe Rikki Lawton Ensemble Adam Billington Ensemble Christopher Webster Director Jessica Dromgoole Director Jeremy Mortimer Composer Lennert Busch