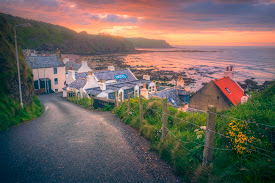 Curlew In Autumn - Episode 1 Of 6 - Bankrupt

Curlew In Autumn - Episode 3 Of 6 - The Cottage

Had never heard of this one, looks like it was broadcast recently for the first time since 1984. Many thanks for sharing. Edward Boyd did some excellent stories for radio - "Candle of Darkness", "Castles in Spain", "The Same River Twice". There was also "Badger by Owl-light". Good to learn of this one.

Happy you found this drama...