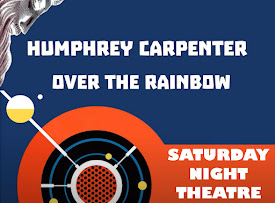 Over The Rainbow - Philco Hall of Fame

1 Saturday-Night Theatre: Over the Rainbow Sat 16th Sep 1995, 19:50 on BBC Radio 4 FM BBC Radio 4: Saturday Playhouse Broadcast: Saturday 25th March 1995 @ 2:30 p.m. Sasha Pick stars as Judy Garland in Humphrey Carpenter's musical entertainment depicting a day in the life of the Hollywood legend. It's late 1943 and Hollywood legend Judy Garland has arrived at the re-opening of the Arrowhead Springs Hotel, San Bernardino, California, where she's preparing for a live broadcast in the evening on the CBS 'Radio Hall of Fame' radio program. She and composer / arranger Roger Edens, with whom she has been with for the last eight years, have to decide what songs she will perform. Though their personalities clash during their fraught rehearsal, they manage to put on a dazzling live broadcast. Thirteen great Garland songs are featured in "Over the Rainbow”. Music performed by 'Vile Bodies', the 30's-style orchestra with musical director Colin Good. Directed by Nigel Bryant at BBC Pebble Mill Studios Roger Edens: Ed Bishop Gary Breckner, the MC: Peter Whitman Frank Morgan, the Guest Comedian:   Matt Zimmerman Jerry Hennigan, a drifter: Lewis Hancock Waiter at the Arrowhead Springs Hotel:   Simon Fielder [suttonelms] 2 Philco Radio Hall of Fame Judy Garland NBC Blue Network 17 December 1944 A mixture of music, comedy... all performed live before an audience that included some 500 service personnel. Lum and Abner appear in, "Two Heads Are Better Than One." "The Road To Romance," a parody of a "Road" picture with Judy and Jerry. A tribute to Jerome Kern. Judy Garland (MC)   Jimmy Wallington (announcer), The Les Paul Trio, Paul Whiteman and His Orchestra, Jerry Colonna, Chester Lauck, Norris Goff, Tom McKnight (producer) World War II was still raging, though the Allied troops were moving toward Germany and things were looking a little better than in 1943...   The Philco Radio Hall of Fame was a weekly 60 min broadcast that featured popular stars of stage, screen and radio.   On this show the "Mistress of Ceremonies" is a 22 year-old Judy Garland who had won an Oscar for "The Wizard of Oz" and had just released a new film "Meet Me in St. Louis."   [Heirloom Radio]