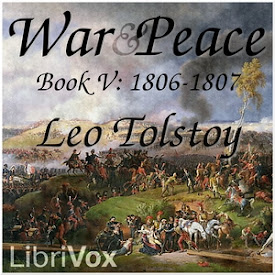 War and Peace offered a new kind of fiction, with a great many characters caught up in a plot that covered nothing less than the grand subjects indicated by the title, combined with the equally large topics of youth, age and marriage. While today it is considered a novel, it broke so many novelistic conventions of its day that many critics of Tolstoy's time did not consider it as such. Tolstoy himself considered Anna Karenina (1878) to be his first attempt at a novel in the European sense. (Summary by Wikipedia) (3 hr 52 min)

great book and one unsatisfactory reader

Most of the readers are either excellent or at least satisfactory. BUT not Rita H. Her German accent is so heavy that it is almost impossible to follow the text let alone the story.

Clearly outstanding the way that Libervox has put together the readers. They have chosen the right expressions for the work

I enjoy all the narrators, the different accents especially.

Eva Harnick is hard to understand