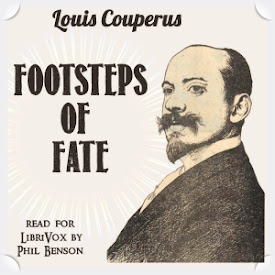 A short but intense novel, Footsteps of Fate tells of the friendship of two young Dutchmen in London, Frank and Bertie. Arriving destitute at Frank's home one night, Bertie is taken in by his old friend and soon begins to enjoy a life of fashion and dissolution at Frank's expense. On a holiday in Norway, Frank meets Eva and they decide to marry. But Eva struggles to come to terms with Bertie's passion for Frank, which seems to exceed her own. Reluctant to let go of either relationship, Frank finds that the course of life is to be decided by fate. 'Noodlot' (Fate) was the second published novel of the celebrated Dutch novelist, Louis Couperus, and the first to published in English translation, under the title, 'Footsteps of Fate'. - Summary by Philip Benson (5 hr 25 min)

would have given more star for this unusual novel because it was very different, but it was too drawn out and very repetitive in parts.