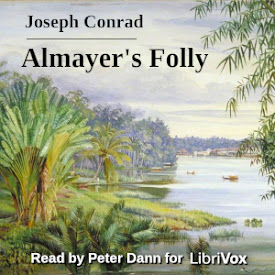 Joseph Conrad was born in former Poland, spent part of his childhood exiled in Russia because of his father's Polish nationalist political activities, learned and read French early, and did not speak a word of English until his late teens. It is perhaps not surprising, then, that when Conrad came to write this, his first novel, it centred on the pain of having a contested sense of identity, the experience of having to choose, in the midst of argument and derision, whether one was really 'this or that'. The Almayer of the story is a morose and hapless trader of Dutch extraction, settled in shambolic poverty on a river in Borneo. He dreams of finding gold inland and taking his mixed-race daughter Nina triumphantly to the Netherlands, where neither of them has ever been. Nina and her strong-willed Filipina mother, however, prove to have quite different loyalties and a quite different plan — though this plan, in turn, soon appears to come unstuck. (Summary by Peter Dann) (6 hr 43 min)

Few novels take us to such strange places as Borneo. The exceptionally adventurous life of this author brought him close to some places that the world will never see or hear of again. Conrad brings a strong sense of brutal honesty and occasional humor to this fascinating story. Peter Dann is probably the best match for bringing Conrad’s novels and characters to life. He is one of the best of LibriVox. Thank you!

the reading is quite wonderful. the take is a sad one but stirring. a shear joy to follow