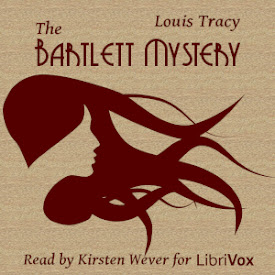 This is a fast-paced mystery, set in New York City, has two or three really interesting ("round") characters, a solid plot, no cheap plot-twists, two full-fledged sub/urban battles and some real surprises.

Winifred Bartlett, a beautiful and poor orphan, suddenly finds herself homeless and out of a job. Prince Charming (nee Rex Carshaw) comes on to her by accident and begins to take an interest. As strange, apparently unconnected disasters continue to batter poor Winnie, Rex and two police detectives (the most interesting characters in the book) probe the causes and forces threatening the dear girl's well-being and, ultimately, her very life and liberty. It turns out that it is Winifred's close resemblance to her mother, who died long ago in Vermont, that threatens certain powerful interests in contemporary (1913) New York.

An unusually large cast of bad guys - each with a different motive for getting rid of Winifred - includes a US Senator, and unsuccessful book binding supervisor, an influential NY society belle, and gun-slinging Western gangster "Mick the Wolf.” The mystery becomes increasingly complex with every new assault on the girl's well-being, and the efforts of the NY police and the ever-faithful Rex. - Summary by Kirsten Wever (8 hr 6 min)

Chapter 1 - A Gathering at a Club

Chapter 10 - Carshaw Takes Up the Case

Great reader and enjoyable story. At the moment it is missing the last chapter. Thankfully, I could read it online!

fun story and not too sappy