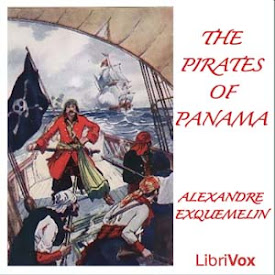 This volume was originally written in Dutch by John Esquemeling, and first published in Amsterdam in 1678 under the title of De Americaeneche Zee Roovers. It immediately became very popular and this first hand history of the Buccaneers of America was soon translated into the principal European languages. The first English edition was printed in 1684.

Esquemeling served the Buccaneers in the capacity of barber-surgeon, and was present at all their exploits. Little did he suspect that his first hand observations would some day be cherished as the only authentic and true history of the Buccaneers and Marooners of the Spanish Main.

From time to time new editions of this work have been published, but in many cases much new material, not always authentic, has been added and the result has been to mar the original narrative as set forth by Esquemeling. In arranging this edition, the original English text only has been used, and but few changes made by cutting out the long and tedious description of plant and animal life of the West Indies of which Esquemeling had only a smattering of truth. But, the history of Captain Morgan and his fellow buccaneers is here printed almost identical with the original English translation, and we believe it is the first time this history has been published in a suitable form for the juvenile reader with no loss of interest to the adult.
(Summary excerpted from the Introduction) (6 hr 20 min)

Got bored in 3rd chapter and put it off