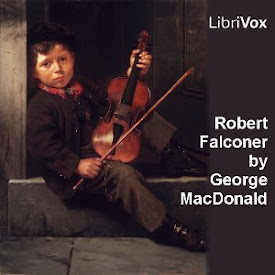 1-10 - Another Discovery in the Garret

Worth a listen if you have the patience

Story: I like George MacDonald, but this book was fairly dull. It didn't get very interesting until part three, but there were several elements from parts one and two that set up part three nicely. Overall, a good book with lots of moral lessons throughout. Narration: This is the most frustrating part of the book. It's not that I think the narrator is bad although his reading is very monotonous; he's a volunteer, and I have heard worse, after all. My main complaint is that the audio quality is poor. It's quiet and often muffled with occasional background noises, all of which had me skipping back trying to catch things I missed the first time. Overall, it's a book that I'm glad I listened to, and if you have the patience to listen to a less-than-stellar recording then give it a try.

This is the sequel to David Elginbrod, and is actually much better! The plot is tight, the theological arguments more compact, and all ends tied up neatly. The title character seems too good to be true, and the fictional narrator feels a bit of hero worship for him. On the technical side, the sound quality is much more even, with almost no extraneous noise, though occasional echo. Altogether, it is an enjoyable and interesting book.

The more of George McDonald I read, the more I am convinced that writing has mirrored the moral decline that society has taken since this great author's death.

This is my favorite Macdonald book up to now!