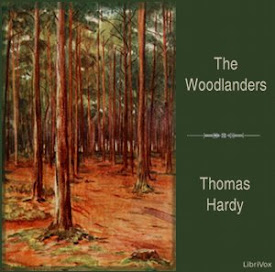 The story takes place in a small woodland village called Little Hintock, and concerns the efforts of an honest woodsman, Giles Winterborne, to marry his childhood sweetheart, Grace Melbury. Although they have been informally betrothed for some time, her father has made financial sacrifices to give his adored only child a superior education and no longer considers Giles good enough for her.

The Woodlanders marks the beginnings of controversy for Hardy's novels. At this point in his career he was established enough as a writer to take risks, especially in the areas of sex, sexual attraction, marriage, divorce, marital fidelity, unconventional plots and tones, and seemingly immoral conclusions. (Summary Wikipedia) (14 hr 53 min)

Read by A. Knight