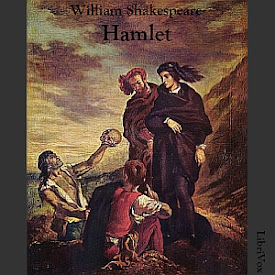 Hamlet is commonly regarded as one of the greatest plays ever written. Drawing on Danish chronicles and the Elizabethan vogue for revenge tragedy, Shakespeare created a play that is at once a philosophic treatise, a family drama, and a supernatural thriller. In the wake of his father's death, Prince Hamlet finds that his Uncle Claudius has swiftly taken the throne and married his mother, Queen Gertrude. The ghost of the dead king then appears and charges Claudius with 'murder most foul.' Hamlet is called to revenge his father's death: but will he be able to act before it is too late?

This is shakespeares best play and I am a huge shakespearean. Funny thing is I'm 15 and not many kids like shakespeare today.

I'm in this play as an actor playing Bernardino and other small roles. listening to the play has been encouraging to me.

this audio was my first introduction to Hamlet. I've never heard, read or seen anything on the book except for that it was written by Shakespeare. my hopes were high. I was not disappointed. I found myself misty eyed a few times when listening. the actor for Hamlet was outstanding. even though I had difficult following done of the lines (due to my untrained ear for poetry) the actor's emotions and understanding bleed through the earphones into my soul. many thanks for making the introduction to Hamlet impactful. highly recommended.

Good for the old souls

If u like old plays then this is great. I had to do it as part of a class so it was more busy work than anything else but interesting nonetheless.

Play was well delivered by the readers, although audio quality tended to be a bit inconsistent and jarring at times. Reader of Hamlet well captures his eloquence, madness, and unnerving state. Well done.

I'm a big fan of Shakespeare and any other thing that has to do with acting opera, oratorios, musicals. THIS BRINGS IT ALIVE PERFECTLY yes perfect I'm 11 and listened to the whole thing.

I love hamlet. This is read very well. Thank you.

made my study a lot easier xD