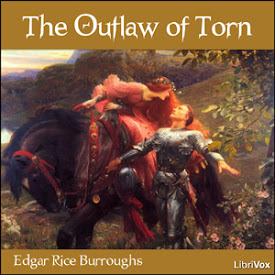 The Outlaw of Torn

The story is set in 13th century England and concerns the fictitious outlaw Norman of Torn, who purportedly harried the country during the power struggle between King Henry III and Simon de Montfort. Norman is the supposed son of the Frenchman de Vac, once the king's fencing master, who has a grudge against his former employer and raises the boy to be a simple, brutal killing machine with a hatred of all things English. His intentions are partially subverted by a priest who befriends Norman and teaches him his letters and chivalry towards women.

Otherwise, all goes according to plan. By 17, Norman is the best swordsman in all of England; by the age of 18, he has a large bounty on his head, and by the age of 19, he leads the largest band of thieves in all of England. None can catch or best him. In his hatred for the king he even becomes involved in the civil war, which turns the tide in favor of de Montfort. In another guise, that of Roger de Conde, he becomes involved with de Montfort's daughter Bertrade, defending her against her and her father's enemies. She notes in him a curious resemblance to the king's son and heir Prince Edward.

Finally brought to bay in a confrontation with both King Henry and de Montfort, Norman is brought down by the treachery of de Vac, who appears to kill him, though at the cost of his own life. As de Vac dies, he reveals that Norman is in fact Richard, long-lost son of King Henry and Queen Eleanor and brother to Prince Edward. The fencing master had kidnapped the prince as a child to serve as the vehicle of his vengeance against the king. Luckily, Norman/Richard turns out not to be truly dead, surviving to be reconciled to his true father and attain the hand of Bertrade (Summary by Wikipedia) (6 hr 59 min)

one of the best stories of all time

Excellent story. One of my favorites. The reading could have been done with a little more passion, and some words were mispronounced (eg - 'hang from a wooden giblet' - that was my favorite). Overall very well done, though.

Predictable! But the best kind.

This story is very predictable. the hero wins the girl. But you are still left on the edge of your seat the entire time. Very Enjoyable. A new favorite by Edgar Rice Burroughs.

ERB never ceases to amaze with his fertile imagination.

Edgar Rice Burroughs is simply one of the greatest

Revenge, chivalry, love, and breeding combine in a tale set when knights wore armor and jousted against their adversaries. An enjoyable yarn! I don't appreciate the spoilers in the summary - the end of the book is very undecided on what the outcome will be. Readers were good. Richard is an understated narrator, not being dramatic and thus letting the story speak for itself. There were quite a few mispronounced words - not sure if the text had OCR errors that didn't get caught or if the reader isn't familiar with the words.

A typical story of honorable and dishonorable knights, kingdoms, damsels in distress etc. The readers were all very good. I only gave a lower rating because (although the story was pleasant enough to hear) it didn’t offer anything new or interesting in storytelling style, characters, setting...or anything else. It was my first time through and I felt as though I had already heard it a dozen times. If you want a classic story of knights and battles and ladies, this is a good, though not unique, choice.

Loved this story. It is one of those where I never knew which direction it was going to go, because it was wide open. Some portions are obviously unrealistic, but it definitely got me thinking about other works related to characters in that era. Vivid description of characters, chivalry at its finest, and some cool twists. Definitely worth the time!

The Outlaw of Torn

This a is a really excellent book! It's written in a VERY different style than this author usually wrote in, and I really like it. It is exciting, dramatic and romantic, (although the historical accuracy of his descriptions of this time period are to be questioned). I recommend it highly!