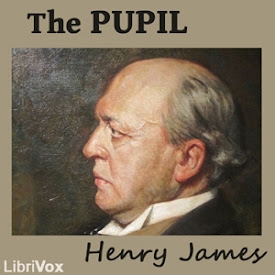 Pemberton, a young American with an Oxford education and out of money, takes a job tutoring Morgan Moreen, the 12-year old son of an American couple living in Europe in a style not quite matched by their income. Mr. and Mrs. Moreen's main purpose in life, it appears, is to win acceptance in the higher circles of French and Italian society, partly in the hope that Morgan's two elder sisters will be taken off their hands. Morgan, who is highly intelligent, is also precocious and perceptive enough to come to understand his parents' ambitious aimlessness. Something of a crisis develops when the Moreens fail to make good on the salary they've promised Pemberton, and he leaves, needing a steady income. By then, however, the tutor has become sufficiently interested in and attached to his charge to be unwilling to leave Morgan for long, and comes back to join the family when when Morgan's mother tells him the boy has fallen ill. There, however, he finds the family shipwreck that he has feared is now taking place, and he is in time to witness it. (Summary by Nicholas Clifford) (1 hr 52 min)

Once again, James delicately discloses the pathos in what begins, to all appearances, as a quite ordinary situation. Few are James's equal in revealing the power of the human heart to shape and direct our lives. Beautifully read. Thank you!

I found this recording quite good and on par with the reader's other readings of Henry James -- clear and somewhat understated. The sound quality might not be professional but there's no noise or problems.

a good short story, with some characters you want to shake and others evoke sympathy.

lovely story but agreed, felt like it needed to be longer

Wonderful story with exceptional narration by Nicholas Clifford. Loved it!