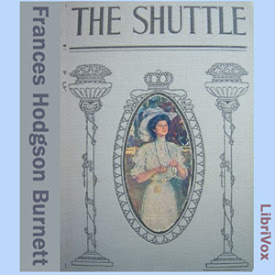 Rosalie Vanderpoel, the daughter of an American multimillionaire marries an impoverished English baronet and goes to live in England. She all but loses contact with her family in America. Years later her younger sister Bettina, beautiful, intelligent and extremely rich, goes to England to find what has happened to her sister. She finds Rosalie shabby and dispirited, cowed by her husband's ill treatment. Bettina sets about to rectify matters. She meets Lord Mount Dunstan, an impoverished earl, who lives nearby and they fall in love, but he cannot speak because it would look as if he were after her money...

This is a romance but it is also about the rejuvenating effects of Americans and American money on a somewhat decadent English aristocracy. (Summary by Tabithat) (19 hr 47 min)

Chapter 01 The Weaving of the Shuttle

Chapter 02 A Lack of Perception

Chapter 04 A Mistake of the Postboy's

Chapter 05 On Both Sides of the Atlantic

Chapter 07 On Board the Meridiana

Chapter 10 Is Lady Anstruthers at Home?

Chapter 11 I Thought You Had All Forgotten

Chapter 13 One of the New York Dresses

Chapter 14 In the Gardens

Chapter 22 One of Mr Vanderpoel's Letters

Chapter 24 The Political Economy of Stornham

Chapter 25 We began to marry them my good fellow

Chapter 26 What it must be to you - just you

Chapter 29 The Thread of G Selden

Chapter 31 She Would Not

Chapter 36 By the Roadside Everywhere

Chapter 39 On the Marshes

Chapter 40 Don't Go On with This

Chapter 41 She Would Do Something

Chapter 42 In the Ballroom

Chapter 47 I have no word or look to remember

I am very much a guy & am shocked to find how a girly romance can both rivet my attention and jerk tears from my eyes. Superbly written and read. Found myself outraged at the villain, weeping for the victims, cheering Betty on and wishing the story didn't end so abruptly.

Gripping story with a dose of social commentary

Louisa May Alcott wrote Little Women (http://en.wikipedia.org/wiki/Louisa_May_Alcott, and Frances Hodgson Burnett was English and wrote The Secret Garden and Little Lord Fauntleroy(http://en.wikipedia.org/wiki/Frances_Hodgson_Burnett), but otherwise I agree totally with TheBookworm's comments - this is real treat by an excellent reader. Betty Vanderpoel has everything that money can buy, plus she is beautiful, confident, perceptive and wise - all that we pour into our vision of the "woman who has it all." But what she wants most is out of reach simply because she is a "woman who has it all." Lord Mount Dunstan's estate was squandered by his ancestor's bad living. Yet somehow he has broken from the past and inherited the strong character and good morals which years earlier made his family great. He deserves something better than a lonely life on an impoverished estate, but his pride keeps him from what could be his for the asking. It's an effective framework to compare old England and new America. But don't let the prospect of a little social commentary scare you - at the bottom, it is a gripping story filled with surprises and engaging characters that had me sitting in the car many nights after my evening commute was over because I just "had to hear" the end of the chapter.

Thoroughly delightful. As enchanting as Pride and Prejudice with the same wise insight into human nature and the cultures which reflect it. The reader perfectly suited the text. Thank you for the great pressure of listening.

The reviews here, even the 1 star one, are right. If a family was close & one daughter married, moved to England, & stopped writing wouldn't they sail to England to check on her especially when they're super rich? They wouldn't let 12 years pass by only to let their youngest daughter, Betty, go to England alone to investigate! Why Rosalie even married Nigel isn't discussed. I can't stand wussies & Rosalie is a big one. She couldn't stand up for herself against her tyrannical husband & then couldn't do it for her son which made him a little man instead of a boy. They end up living alone in squalor while Nigel blows money in London. Betty changes things when she visits much to Nigel's displeasure. Despite all this ridiculousness I surprisingly liked listening. Maybe I was just hoping to hear of payback. Maybe it was the comparison of Americans & the English at the time which was interesting. I don't know. I just feel it was worth my listen despite the silly stuff.

It is indeed a story where the good are very good and the bad , ugly and yet......the author shares SO much joy of life, beauty, love of humans for one another. She describes far better than I've ever heard, the relations between England and America in those days. Its quite fascinating including the pleasure each country derives from the other and the abuses of rank which took place. The 'Lords and Ladies' of fair England are like the 'rich of 5th Avenue' in New York. I loved her description of gardening and the village life. The endless pleasure birds and flowers bring. This is much more than a romance and I recommend it. Tabithat the reader actually "makes" the story with her clear lovely voice and beautiful English. Just listening to Tabithat alone was a pleasure. Thank you so much.

This is an amazing story. I spent hours listening to this story. Francis Hodges Burnett has a keen insight of people, and provides a vivid picture of her characters.

This is an fine reading of an outstanding novel. Once again the admirable team at LibriVox bring us a largely forgotten masterpiece. Thank you! TheBookworm (Manchester, UK)

I heartily agree with all the other comments. A great love story, perfectly read (or perhaps, performed), and an interesting handling of the UK /USA relationship.