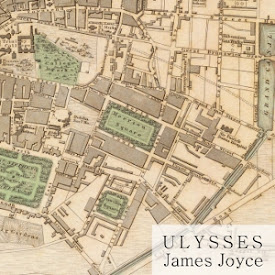 Ulysses is a groundbreaking novel in which Irish author James Joyce explores realism through stream-of-consciousness technique and shifting narrative styles. It was published in serial form between 1918-1920 and first published in book form in 1922. The story follows Leopold Bloom through Dublin during the course of one day: June 16, 1904. The events and characters of Ulysses parallel those of Homer's Odyssey, with Bloom corresponding to Odysseus. Although the book was the subject of early obscenity prosecutions, was banned in several countries, and has been considered unreadable by many, it is nevertheless one of the most important English-language works of the 20th century and is undoubtedly a masterpiece of Modernist literature. To this day, the 16th of June is celebrated as Bloomsday by Joyce enthusiasts. (Summary by Laurie Anne Walden)

Always wanted to read this classic, so glad I gave it a listen. Joyce is a true word smith, his writing style and use of words is amazing, but he rambles and runs on to much. Some parts were to much for my limited intellect to fallow. Readers run the range of top shelf to beginner, many different readers, this a huge word of literature.

Thank God for this version

I may be overestimating how many stars this recording deserves, but after listening to the first for a few minutes, all I know is that it is so much better that 5 stars are completely warranted once you compare it to version one. Seriously, before you complain about this audiobook, try listening to version one, and you'll quickly appreciate this!

You have to work hard to try to follow where Joyce is taking you. I’s a wild ride, but worth the effort. A few of the volunteers had a bit of trouble with the language, but mostly well read.

One of the greatest books ever written. Great pity that one or 2 of the readers are horrible. Tajiohn must be some kind of robot: it’s unlistenable.

Thank you soooo much for this. It's brilliantly done and really does justice to the original. Highly recommended!

This is a very lengthy piece and the speakers range from almost inaudible to superb.

The best thing one could get their hands on