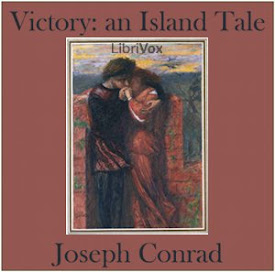 Recollections of the life of Axel Heyst, one-time manager of the liquidated Tropical Belt Coal Company in a fictitious island in the Pacific. After retreating from society in response to his professional failures, the misanthrope is drawn back by a romantic affair. (Introduction by S. Kovalchik) (13 hr 51 min)

00 - Note to the First Edition

skoval you are a fine reader. As for the novel, well

For the most part it is very good. Skoval reads at a human pace and has a lovely youthful voice. Your calm voice made a fine contrast to first part of the novel which was emotional. And your voice was perfect for the second part. Please keep reading in future..... White superiority is overshadows except for the servant Wang. I suppose you could say the Anglo-Polish Conrad was a man of his times. Well there were other men and women of that epoch who were aware of the potential and the equality of the oppressed ethnicities, of imperialism, mind body and soul. SPOILER ALERT!!! SPOILER ALERT!!! SPOILER ALERT!!! In such a tragic world the death of the triumph over adversity character, the death of the heroine was quite depressing indeed. the ending is truly one that leaves one empty, and for me, angry that Conrad did not preserve the heroine's life. Victory? what victory?! It should be retitled something like An Island tale of Tragedy, or the like.

Well read and a great read!