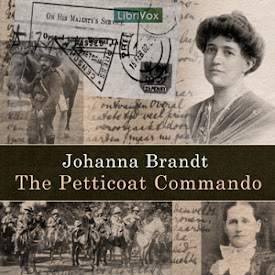 In introducing the English version of this book I venture to bespeak a welcome for it, not only for the light which it throws on some little-known incidents of the South African war, but also because of the keen personal interest of the events recorded. It is more than a history. It is a dramatic picture of the hopes and fears, the devotion and bitterness with which some patriotic women in Pretoria watched and, as far as they could, took part in the war which was slowly drawing to its conclusion on the veld outside.

I do not associate myself with the opinions expressed by the writer as to the causes of the war or the methods adopted to bring it to an end, or as to the policy which led to the Concentration Camps, and the causes of the terrible mortality which prevailed during the first months of their existence. On these matters many readers will hold different opinions from the writer, or will prefer to let judgment be in suspense and to look to the historian of the future for a final verdict. We are still too near the events to be impartial. But this book does not challenge or invite controversy. Fortunately for South Africa, most of us on both sides can now discuss the events of the war without bitterness and understand and respect the feelings of those who were most sharply divided by these events from ourselves.

The greater part of the narrative comes from a diary kept during the war with unusual fullness and vividness. The difficulty experienced by the writer of the diary in communicating to friends outside Pretoria information about what was passing inside, and in unburdening herself of the feelings roused in her by the events of the war, made the diary more than usually intimate. To understand fully many of the narratives which have been transferred from it to this book, it must be remembered that one is reading, not something written from memory years after the event, but rather the record of a conversation at the time, in which the diarist is describing the events as if to a friend who shares to the full all her own feelings and to whom she can speak without reserve.

Much has happened in the ten years which have passed since the end of the war. The country which was distracted by the conflicting ideals and interests of its different Governments and peoples has become the Union of South Africa. It is now one State. It remains that it should call forth a spirit of patriotism and nationality which will unite and not divide its people.(Introduction by Patrick Duncan) (10 hr 7 min)

The Scene Of Action

How The Mines Were Saved

The Surrender Of The Golden City

Martial Law Under The Enemy

Only A Bit Of Ribbon Gay!

A Little Adventure With The British Soldier

A Consular Visit To Irene Camp

The Formation Of The National Scouts Corps

A Consignment of Explosives

The Case Of Spoelstra

The System Employed By The Secret Committee

The Death Of Adolph Krause

The Shoemaker At Work

Bitten By Our Own Dogs

The Betrayal Of The Secret Committee. A Memorable Day Of Trouble

A War Baby And A Curious Christening

The First Spies At Harmony

The Raid On Harmony

The Watchword. Oiling The Hinges

Peace, Peace--And There Is No Peace