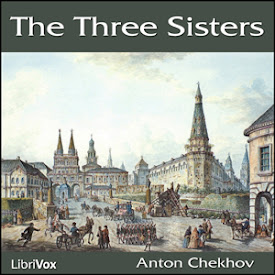 Three Sisters is a naturalistic play about the decay of the privileged class in Russia and the search for meaning in the modern world. It describes the lives and aspirations of the Prozorov family, the three sisters (Olga, Masha, and Irina) and their brother Andrei. They are a family dissatisfied and frustrated with their present existence. The sisters are refined and cultured young women who grew up in urban Moscow; however for the past eleven years they have been living in a small provincial town. Moscow is a major symbolic element: the sisters are always dreaming of it and constantly express their desire to return. They identify Moscow with their happiness, and thus to them it represents the perfect life. However as the play develops Moscow never materializes and they all see their dreams recede further and further. Meaning never presents itself and they are forced to seek it out for themselves. (Summary by Wikipedia)

Russian introspection at its best

Well this is a but of a dreary take. I think I understand why Russians are so addicted to vodka. Still a very good narration and certainly makes you reflect on your life and what you are doing to make it worthwhile.