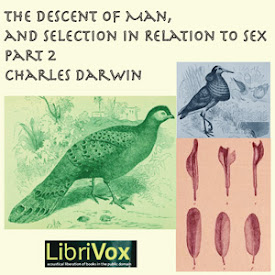 The Descent of Man and Selection in Relation to Sex, Part 2

NOTE - In this audio version, many of Darwin's references to his sources have been omitted. People wishing to follow-up the references will find them all given in the text version. (15 hr 11 min)