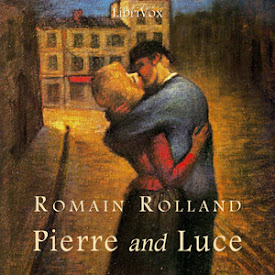 Pierre and Luce were an unlikely young pair who found themselves in the chaos of Paris during the war; Pierre, the shy, recently conscripted pacifist, and Luce, the free spirited artist in training, and both confused about the things going on around them. Why were these war birds flying overhead? Why these warning sirens, and occasional bombs exploding in the distance? Why did the government leaders, who didn't even know one another, hate and destroy so much? Why did these two delicate young adults find each other now? This story takes place between Jan. 30 and Good Friday, May 29, 1918. (Introduction by Roger Melin) (2 hr 50 min)

This was a sweet fairly short love story set during WWI in France. It written right after the war in 1920, and it really brings out the emotion of living through a war. It juxtaposes the hopelessness of war against the hope and beauty of love. It wasn't the most engaging book, but I thought it was worth the listen.