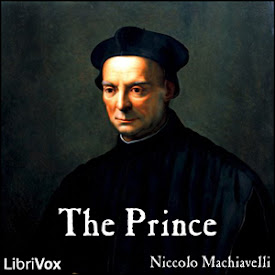 The Prince (Italian: Il Principe) is a political treatise by the Italian diplomat, historian and political theorist Niccolò Machiavelli. The descriptions within The Prince have the general theme of accepting that ends of princes, such as glory, and indeed survival, can justify the use of immoral means to achieve those ends. (Introduction by Wikipedia) (5 hr 48 min)

The reader pronounces clearly and has an easy-to-listen to voice. I highly recommend this version.

A most enlightening read!

I'd always wanted to read this fascinating book but never got round to it till now. You need not be a prince in the making to find herein wise advice for a more modern managerial careerpath - although I would refrain from applying the etermination of your enemies in a corporate environment... Thank you, Paul Adams for an most entertaining read!

by snc he doesn't far r for to find out

Awesome version and voice is interesting enough to listen

Great speed, sound quality, and voice fits the genre. much better than the mish mosh of several people, inconsistent, poor pronunciation, and poor reading intonation and cadence that the other version offers.

a bit fast and needs time to get used to the zccent and pronunciation but one gers used to these particularities quickly enough. volume good. so a good version.