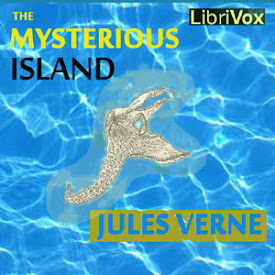 The book tells the adventures of five Americans on an uncharted island in the South Pacific. The story begins in the American Civil War, during the siege of Richmond, Virginia, the capital of the Confederate States of America. As famine and death ravage the city, five northern prisoners of war decide to escape by the unusual means of hijacking a balloon. The five are Cyrus Smith, a railroad engineer in the Union army (named Cyrus Harding in some English translations); his black manservant Neb (short for Nebuchadnezzar), who Verne repeatedly states is not a slave but an ex-slave who had been freed by Smith; the sailor Bonadventure Pencroff (who is addressed only by his surname, but his "Christian name", Bonadventure, is given to their boat; in other translations, he is also known as Pencroft); his protégé Harbert Brown (called Herbert in some translations), a young boy whom Pencroff raises as his own after the death of his father (Pencroff's former captain); and the journalist Gedéon Spilett (Gideon Spilett in English versions). The company is completed by Cyrus' dog 'Top'.
After flying in stormy weather for several days, the group crash-lands on a cliff-bound, volcanic, unknown (and fictitious) island. They name it "Lincoln Island" in honor of American President Abraham Lincoln. With the knowledge of the brilliant engineer Smith, the five are able to sustain themselves on the island, hoping that they will one day escape. (Summary by Wikipedia) (23 hr 22 min)

Too hard to understand

This is hard to understand and listen to, the reader was either too close to the mic or had the recording volume too high because most words are either blown out or muffled.

love the book, listen too it atleast 5 times while working. and people will always find something to complain about so dont be scared to give this a listen based on bad reviews.

Adequate reading until Kooz, sounding like Professor Elemental off his meds, tainted what little good remained. But that's what makes this free, now, isn't it?

I love to listen to this book. Good narrator.