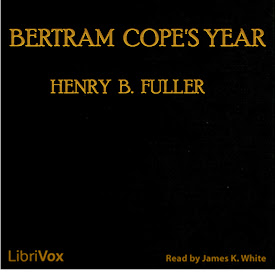 This novel was perhaps the most daring and affirmative LGBT literature of the first two decades of the 20th century in America. In this story, Bertram Cope is a young college instructor, about twenty-four years old ("certainly not a day over twenty-five"), who is pursued by men and women, both younger and older than himself. In writing this novel, Fuller had to carefully craft his plot schemes so as not to offend the sensibilities of publishers. As a result, today's reader is left somewhat, but not entirely, confused about the precise feelings that characters develop for one another by the end of the book. Nevertheless, no publishing house would touch it, which ultimately required that Fuller go the self-publishing route.

Bertram Cope's Year was the first novel by an established American writer that dealt exclusively with the subject of homosexuality. Although it did not achieve the notariety it deserved at the time, it set the tone for the increasingly open discussion of gay themes in literary form. (Introduction by James K. White) (8 hr 48 min)

Cope at a College Tea

Cope Dines--And Tells About It

Cope On The Edge Of Things

Cope At His House Party

Cope At The Call Of Duty

Cope Has A Distressful Christmas

Cope Shall Be Rescued

Cope As A Go-Between

Cope Absent From A Wedding

Cope Again In The Country

Cope As A Hero

Cope Gets New Light On His Chum

Cope In A Final View