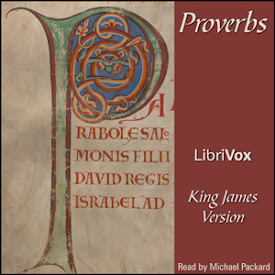 The book of Proverbs is referred to as wisdom literature along with several others: the book of Job, Ecclesiastes, the Song of Solomon, and certain Psalms, known as wisdom psalms. Throughout Proverbs, wisdom (or the wise person) is compared and contrasted with foolishness (or the fool). 'Fool' in Proverbs indicates one who is lacking in morality and uninterested in correction, not one who is merely silly or playful. Wisdom is held up as something worth effort to attain and the reader is told that it starts with the person of God: "The fear of The Lord is the beginning of wisdom."

In addition, throughout Proverbs, wisdoms are mostly come from father to son or mother to son structure. This wisdom literature is concerned with the realities of human experience, from the mundane to the sublime, and with the relationship between that experience and the divine. Not only that, we can also find many wisdoms of woman over and over, especially we find reference to Wisdom as a female figure who speaks to the young man and invites him into her house. When we talk about this Woman Wisdom, it speaks frequently in the first person and identifies herself not just as the divine companion, but also as the source of order in society and success in life. Over and over in the book of Proverbs, it addressed a warning to the young man to avoid sexual relationships with a foreign or strange woman. (Introduction by Wikipedia) (1 hr 59 min)

Michael is an excellent reader and the sound

is good. Thanks Nations

Does Micheal do the entire bible???

Beautiful Book Of The Bible

so now im forced to review this because why?

5 star because I'm forced to judge it just to listen to it.

The Proverbs is a great Books

Listened to it with my Android Phone and wireless headphones

I love the Proverbs and this narrator reads this book of Proverbs well.

Proverbs another greatest books in the bible