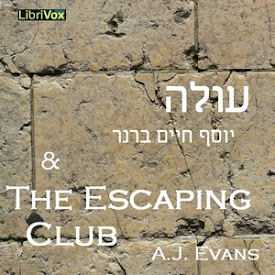 עולה (Injustice), with excerpt from The Escaping Club

This is a bilingual project. The first part, in Hebrew, is the story "Injustice" by Yosef Haim Brenner, written following the conquest of Palestine by the British troops during WWI. The story takes place on the Turkish side of the dividing line between the combating forces. An escaped British prisoner of war had taken shelter among a group of Jewish workers, who, following a heated discussion, turned him over to the Turkish army. The second part of this project, in English, is a chapter in the book "The Escaping Club," written in 1922 by the same British prisoner of war, the aviator A. J. Evans, who gave his account of the same event. (Summary by Omri Lernau) (1 hr 17 min)