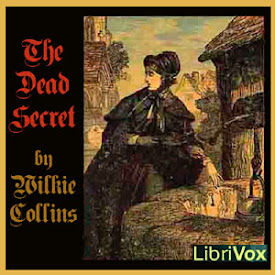 "Everything in life has a price. May be, telling a Secret has the highest. However, not telling may be worse. What will Sarah choose? will she tell the Secret which destroyed her life?" (Summary by Stav Nisser) (16 hr 18 min)

Helen Falconer (who calls herself goldfish) did a very good job reading. She has a nice voice & gave the uncle an accent which the story says he has. Chill28 was a bit difficult to understand because of her accent & she mispronounced a few words. After hearing her say it a couple of times I realized she was saying for-RAIN-er for foreigner. I put in earbuds, raised the volume a tad, wasn't distracted & could understand her then. Based on the reviews I expected to not be able to understand much of the readers but understood them all. The story itself is ok. If I wrote a letter to someone, hid it in his house, & that person died I'd have just asked for the letter back. While I get that the secret was important the lengths taken to keep it hidden seem extreme. It's wordy at times. One character is blind so you listen to things the wife sees & then have to hear her tell her husband about them. So, you basically hear it twice. I don't see the point of the husband being blind in the first place.

It is not one of Wilkie Collins best story in terms of suspense, but is very nice anyway because of his study of human nature, and the remarking of good solid values versus position in society. I loved all the readers, regardless of their accents (I have an accent my self) except Anna Varishkova; she sounded too emotional at times and the emotion in her voice muddled the words. In response to the person who said that she did not see the reason for the husband to be blind, that is an important element: Rosamond has to face the temptation of destroying the letter and keep the secret from her husband, who relys on her eyes and guidance because of his blindness. Then, loyalty to her husband, love for him, and respect for her marital vows, make her overcome her temptation and risk to be cast away from her husband, who was very proud of rank and name. Beautiful message!

issue with some readers

Story was relatively interesting although a bit over dramatic. Several of the readers were quite good, a couple so-so, but one reader in particular was terrible. She read bk 6, chapter 1, I think it is. I missed whole sections of what she was reading. I just didn’t understand her. It took me quite some time to recognize Truro bc she mangled the name so badly. I appreciate her effort, but I suggest she stick to reading in her own language.

Good story, but one reader was not good. Now I'm not trying to be mean, but one lady reader sounds drunk. She was slurring words and shaky. Either that she was traumatized by something before she started reading. I half expected her to burst out sobbing while narrating the story. I hope that lady is okay 👀

I found the readers to be quite excellent. Especially Helen Falconer (aka Goldfish). Camille Hill was good also, unlike some other commenters I very much liked her accent. As for the story itself, not Wilkie Collins best although as usual his secondary characters (e.g. Uncle Joseph & Andrew Treverton) seal the show.

Great story but a bad reader ruins it

the mystery drew me in but I'll never find out the twist because one of the readers was difficult to understand, often skipping words or mispronouncing them. What a shame.