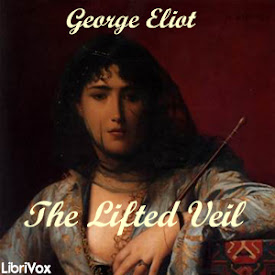 George Eliot’s 1859 novella, The Lifted Veil, departs radically from the grounded realism of her longer and better known works, such as Middlemarch and Daniel Deronda. Its tone calls to mind the works of middlebrow Sensationists, like Wilkie Collins (The Moonstone), and of some of the better known authors of Victorian era horror writings, such as Bram Stoker (Dracula) and Mary Shelley (Frankenstein).

Eliot here explores mystical themes, considering the world of phenomena which are felt but not seen. Yet in doing so she suggests that the apparent clairvoyance of her main character, Latimer, may in fact be, at least in part, psychological expressions of his early life experiences. This view is supported by the fact that most of Latimer’s vision-based predictions of how people will behave and events unfold do not, in the end, turn out as he had foretold.

Much of this work’s power and complexity lie in Latimer’s relationship with Bertha, whom he ultimately, unhappily, marries. Bertha is the one person whose thoughts and feelings he is not able to read, raising the question: What is it about Bertha that renders her inaccessible to his psychic penetration – and what does this tell us about her, and about him. (Introduction by Kirsten Wever) (2 hr 9 min)

Deliciously gothic and gloomy, it feels like an Edgar Allen Poe story. The reader was great.

it was a goof book and read very well

a nice little tale of horror