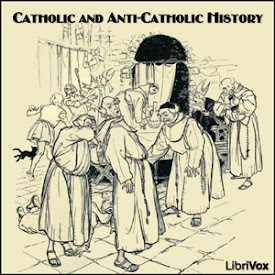 G.K. Chesterton and James Walsh join Hilaire Belloc in an energetic rollout of the means by which history becomes propaganda, to the damage, not only to truth, but to the human soul. (Summary by Jan Baker) (0 hr 42 min)

For those familiar with Belloc and Chesterton, they will enjoy their two contributions. Insightful to be sure, but unapologetic. The second two chapters (by other writers) are less potent and rather simply reinforce in their own way that which was already stated more clearly by the "Chesterbelloc" as their detractors at the time named them.

Anti-catholic history still exists in the minds of men, sad!

Four short theological essays, well read. Not much new to GK Chesterton readers, and not great as intro to the subject, as all essays assume some baseline knowledge on readers part. Not sure who target audience is.

excellent presentation of a fantastic book