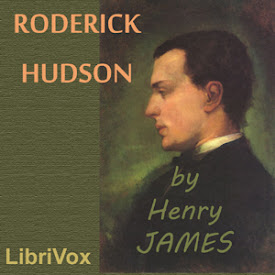 Published as a serial in 1875, Roderick Hudson is James's first important novel. The theme of Americans in Europe, so important in much of James's work, is already central to the story. Hudson is a young law student in Northampton, Massachusetts, who shows such surprising ability as a sculptor that the rich Rowland Mallett, visiting a cousin in Northampton, decides to stake him to several years of study in Rome, then a center of expatriate American society. The story has to do not only with Roderick's growth as an artist and the problems it brings, but also as a man susceptible to his new environment, and indeed his occasional rivalries with his American friend and patron.
Interestingly enough, at least two of the book's characters made sufficient impression on James that he brought them back in other books: the French-Italian-Yankee sculptor, Gloriani, who appears later in The American, and Christina Light, the American who becomes the subject of Princess Casamassima, one of James's later (and much longer) novels.
(Introduction by Nicholas Clifford) (13 hr 21 min)

Chapter I, Part A

Chapter I, Part B

Got a little bored by the story, but couldn't stop listening to

I read this book one month ago and I'm returning to it just now to write a few words. It is a masterpiece. This story is so disturbing, it got under my skin and it haunts me. It moved me in so many ways..each character was struggling with the existential pain of unrequited love...romantic, platonic, familial. I couldn't read the final chapter. I couldn't handle it. Narrator spectacular, Henry James a master

Most wonderful novel by Henry James exquisitely read by Nicholas Clifford. A perfect marriage of narrator and text. Thank you Librivox!

My first James novel and I wasn’t disappointed. Excellent and Nicholas Clifford is superb.

Excellent reading of an interesting story

Another great reading from a