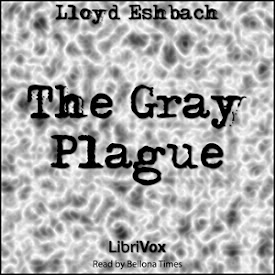 End of the world sci-fi tale borrows heavily from H.G. Wells' WOTW and In The Days of the Comet -- looks like fun ! ( Summary by BellonaTimes ) (1 hr 22 min)

Philip finds himself in a Venusian sphere at the mercy of the invaders within. The reason? Venus intends to take over the Earth, and they need a human guinea pig to test with. Can Philip escape and thwart those invasion plans? This is a neat short story that I would love to hear the sequel to. Reading was pretty good if a bit choppy.

An enjoyable story that would have been 5 stars if the reader had a more variable tone otherwise really good.

...and well read. I prefer it when the narrator refrains from voice "acting" which only sounds forced.

The book itself was pretty good. The narrator was awful.

could have been great except for the reading