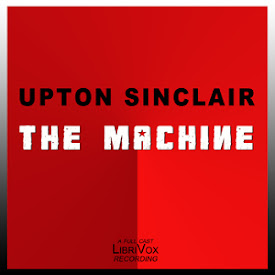 Upton Sinclair is best known for his novel The Jungle, an expose of the meatpacking industry. He was also a playwright whose works for the stage reflected the same progressive viewpoints found in his other writing. In The Machine, published as part of Sinclair's 1912 collection Plays of Protest, Socialist activists show a rich man's daughter the truth about the society in which she has been raised. (Summary by wildemoose)

The readers breathe life into the characters. While I found the play itself to be good but not outstanding, the readers kept me engaged until the very end. All in all, an enjoyable listen.

This was a well done and short play, which features an moral, political and ethical awakening of a young woman—daughter of a corrupt capitalist. Interesting listen.