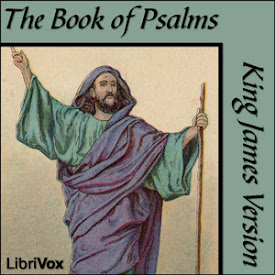 The Book of Psalms, commonly referred to simply as Psalms, is a book of the Hebrew Bible and the Christian Bible. Taken together, its 150 poems "express virtually the full range of Israel's religious faith." They each have a poetic character with frequent use of parallelism. In addition to the title of the collection, which translates as "song" or "hymns" from both Hebrew and Greek, superscriptions (or headings) in many of the Psalms provide musical references and some direction, in some cases even references to melodies that would have been well known by early congregations. Songs that can be identified as such in the Psalms include songs of thanksgiving (e.g., Ps 30), hymns of praise (e.g., Ps 117) and royal psalms, which may have been used in coronations and weddings. Identification of some psalms as prayers is also seen within the text, for example in the conclusion to Psalm 72, "The prayers of David son of Jesse are ended." The largest category of Psalms, though not grouped as such in the text, is that of lament (expressions of complaint and pleas for help from God). There appears to also have been an instructional function of the psalms as seen in their references to the law (e.g., Ps 1 and 119). (Summary from Wikipedia) (5 hr 16 min)

Reading 1-11 is hard to understand.

Psalm 1-11 reader 20% of what is read hard to understand. Remaining are wonderful.

if if I I have been been scanned