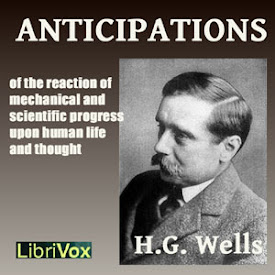 Wells considered this book one of his most important, a natural follow-up to such works as his Man of the Year Million and The Time Machine. His goal was to get people to think and act in new ways. The book starts with a look at how humans get along socially and how they carry out their business ventures. It then discusses how these elements influence others, such as politics, the world of work, and education. H. G. tried to make clear how the current social order was disintegrating without preparing another to take its place. He then traced the roots of democracy, which in its present state he saw as unworkable. Instead, he proposed a new republic. He also critiqued modern warfare. (Summary by Bill Boerst) (8 hr 31 min)

HG Wells was ahead of his time many of his predictions have unfortunately come true as the Advent of world wars 1 and 2 have shown how cruel mankind can be to each other with as weapons of war and utter disregard for humanity particularly the Nazi Holocaust on any and all who oppose them. however and forwarded the belief that the mentally insane, physically handicapped, Jews and Asians along with many others we're deserving of death, quite shocking

I'm not getting it.

He keeps talking about mechanicals. And I was under the impression it was the mechanisms of the human thought and life. I'll re-review it when I get more intellectually in depth?

wish i could get a reading that didnt project the readers opinion into the book every 2 minutes. Good voice but terrible reading due to his own interpreted version of the book. Thumbs down

He Wrote The New World Order. He was a Freemason and knew, from

H.G. rubbed elbows with fellow elitests and well knew their Masonic "Great Work" was the "Neuvo Ordem Seclorem" or The New World Order Great Reset we are now experiencing under cover of the co-morbid plandemic- see Clade X and Event 201 (Gates) mock-ups/dress rehearsals eerily predictive of the following crisis including verbatim use of Event 201 script material in actual news reports and agency statements and the progression of events not to mention responses of plandemic stakeholders (Gates and Co.) in response to setbacks like citizens not going quietly into that cold, dark night ("flooding the zone"-media with co-morbid propaganda to drown out alt-media truth tellers!). Live Free!