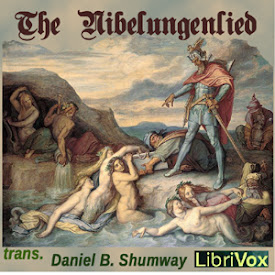 The Nibelungenlied, translated as The Song of the Nibelungs, is an epic poem in Middle High German. The story tells of dragon-slayer Siegfried at the court of the Burgundians, how he was murdered, and of his wife Kriemhild's revenge.

The Nibelungenlied is based on pre-Christian Germanic heroic motifs (the "Nibelungensaga"), which include oral traditions and reports based on historic events and individuals of the 5th and 6th centuries. Old Norse parallels of the legend survive in the Völsunga saga, the Prose Edda, the Poetic Edda, the Legend of Norna-Gest, and the Þiðrekssaga.

The present translator has endeavored to translate literally and accurately, and to reproduce the spirit of the original, as far as a prose translation will permit. To this end the language has been made as simple and as Saxon in character as possible. An exception has been made, however, in the case of such Romance words as were in use in England during the age of the romances of chivalry, and which would help to land a Romance coloring; these have been frequently employed. Very few obsolete words have been used, and these are explained in the notes, but the language has been made to some extent archaic, especially in dialogue, in order to give the impression of age. (10 hr 28 min)

How Siegfried Came To Worms

How He Fought with the Saxons

How Gunther Fared to Isenland for Brunhild

How Siegfried Fared To His Men-At-Arms

How Siegfried Was Sent To Worms

How Brunhild Was Received At Worms

How Siegfried Journeyed Homeward With His Wife.

How Gunther Bade Siegfried To The Feasting.

How They Journeyed To The Feasting.

How The Queens Reviled Each Other.

How Siegfried Was Betrayed.

How Siegfried Was Slain.

How Kriemhild Mourned Her Husband And - How He Was Buried.

How The Nibelung Hoard Was Brought to Worms.

How King Etzel Sent To Burgundy For Kriemhild.

How Kriemhild Journeyed To The Huns.

How Etzel Made Kriemhild His Bride.

How Kriemhild Thought To Avenge Her Wrongs.

How Werbel And Swemmel Brought The Message.

How The Lords All Journeyed To The Huns.

How They Came To Bechelaren.

How The Burgundians Came To Etzel's Castle.

How Hagen Would Not Rise For Kriemhild.

How They Kept The Watch.

How They Went To Church.

How Bloedel Was Slain.

How The Burgundians Fought The Huns.

How They Cast Out The Dead.

How Iring Was Slain.

How The Queen Gave Orders To Burn the Hall.

How Margrave Rudeger Was Slain.

How All Sir Dietrich's Warriors Were Slain.

How Gunther And Hagen And Kriemhild Were Slain.

Not As Good As the Volsungasaga

The readers were all pretty good, but the story was really tedious. I swear that instead of ten hours this was thirty hours, each chapter getting longer. This tells of some of the same events of the Volsungasaga, but not before or after, and it's still the same length. I agree with another reviewer that it also destroys the suspension of disbelief when a single hero can slay nine thousand warriors on his own and not even be wounded. All in all...it was okay.

This is a very interesting tale, yet many of the readers need to give up reading for Librivox. Others were exceedingly fine readers whom I appreciate very much.

All of the audio was crisp and easily understood. This translation is also great because there are footnotes which provide much welcome context.

Good chivalric German Literature, but not nearly as epic in scope as the later Wagnerian derivative. Definitely worth a listen

good but completely aggravating as nothing ever goes well for anyone. this is a tragedy in every way possible. Spoiler alert:everyone dies for stupid and unjust reasons. thousands are murdered and kingdoms are destroyed for literally no other reason than two queens were b@$!#s to each other. also the villian Hagen for no reason other than the plot demands it. In the second half he kills thousands of knights without a scratch or even being winded then stays up for days on guard duty. all the while murdering thousands more. I say this is impossible and ruins the story. this is a sad, sick, and twisted story with no happy ending for anyone