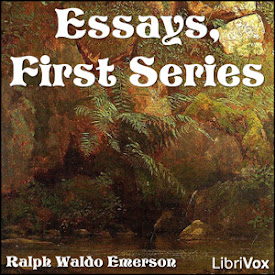 Essays: First Series is a series of 12 essays written by Ralph Waldo Emerson concerning transcendentalism, including Self-Reliance. It was published in 1841. (Summary by Wikipedia) (8 hr 24 min)

Please do all of Emerson's work Mr Neufled especially the conduct of life there is no better orator of his work than you, you also have a lot of fans Mr Neufled and i see your narrations being the only ones that will live on sincerely thank you.

Many thanks to Mr. Neufeld! His narration was flawless, his accent subtle and his pace engaging. He sounds a bit like Capitan Picard which didn't hurt either.

Emerson is America's philosopher. These essays form a philosophy of natural morality, in which classical philosophy and Christian religion are developed from first principles, coined in these essays as "New Thought", or "The Science of Mind", from which developed many schools of thought, and even new religions. Emerson puts forward a framework of philosophical thought, bridged with Christian religion, and presents it as a way for the individual to live happily and harmoniously. Emerson's philosophy is based on the principle that true wisdom belongs to everyone because the universe is present in every thing, giving the human soul mastery over time and space. While he's a bit florid in places his prose and narrative are very good and the essays are full of clever passages and aphorisms that are as true today as ever. Also, Bob Neufeld's audio recording is wonderful.

Emerson is simply great and his insight on all things has changed me in a sense that I have realized that I knew all those things and I was just like that but just wasn't able to see it on my own. Mr. Neufeld give to these writings exactly what they needed to be perfect. to be honest I have been listening to these recordings so much that now no matter what I'm reading I hear mr. Neufeld's voice. it would be great if he would do the world such a favor that, like other people have said, to read all of emerson's books, especially "the conduct of life"! thank you very much, sir!

Well, he does urge the reader to be honest and form one's own opinions. There are good points. If I had been reading this in book form perhaps I would skip around, read a sentence or paragraph, then let it sink in, even for days. Listening straight through made me weary. I felt it could have been more concise. The long, wordy, repetitive, grandiose explanations felt pretentious and so magnificent at times that I felt sick. I did appreciate his belief in the Oneness of all things and self reliance. Great reader, my hat's off to you.

Bob has a really beautiful voice for such an introspective book. He's poetic, gentle and sounds like a wise older fellow, which is how I imagine Emerson. I'd love to thank Bob personally. He's now important to me.

I love this reader, he does a great Socrates in Apology and Phaedo!!!