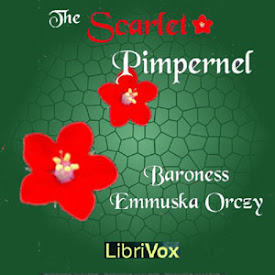 In the year 1792, the French Revolution is in the midst of its bloodiest stage. Aristocrats are being executed left and right by the Republic when the guillotine begins to be repeatedly cheated of aristocratic victims due to a series of daring rescues carried out by a mysterious hero known only as “The Scarlet Pimpernel.” Nothing is known about this person, save that he is a master of disguise, has saved dozens of lives, and has never been caught. He is the hero of the aristocrats, the bane of the Republic, and the talk of high society across the channel in England. As the inane and foppish Sir Percy Blakeney, the leader of English fashion, puts it, “They seek him here, they seek him there, those Frenchies seek him everywhere! Is he in Heaven or is he in Hell, that demmed elusive Pimpernel?” And no one is more interested in uncovering the mystery surrounding this hero than Sir Percy’s wife, the young French actress Marguerite St. Just, to whom the fate of the Scarlet Pimpernel may mean everything. (Summary by Eden Rea-Hedrick) (8 hr 28 min)

04 - THE LEAGUE OF THE SCARLET PIMPERNEL