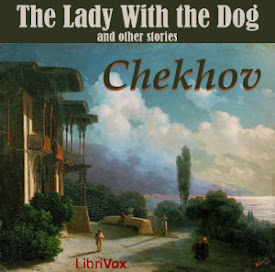 The Lady With the Dog and Other Stories

Anton Chekhov was a Russian physician, dramatist and author who is considered to be among the greatest writers of short stories in history. His career as a dramatist produced four classics and his best short stories are held in high esteem by writers and critics. Chekhov practiced as a doctor throughout most of his literary career: "Medicine is my lawful wife", he once said, "and literature is my mistress." Chekhov had at first written stories only for financial gain, but as his artistic ambition grew, he made formal innovations which have influenced the evolution of the modern short story. His originality consists in an early use of the stream-of-consciousness technique, later adopted by James Joyce and other modernists, combined with a disavowal of the moral finality of traditional story structure. He made no apologies for the difficulties this posed to readers, insisting that the role of an artist was to ask questions, not to answer them. This is a collection of 7 of his insightful short stories about the human condition and include, beside the title story, A Doctor's Visit; An Upheaval; Ionitch; and The Husband which are best known. (Summary by Wikipedia and Phil Chenevert) (3 hr 25 min)

Wonderful stories with great expression and stream of consciousness from the characters. Some stories left me hanging wanting to know more of the story and the relationships. But I guess that makes for good writing. Very good readers also.

I had never read/listened to Chechov before, but I enjoyed these spare but telling stories very much. Great voices on this one, too.

It’s Chekhov. Characters are real and relatable even today. Surprises twists kept me listening. Excellent narration. Some of the very best.

The readings were fine but the stories made no sense to me.

kevin Davidson is a great reader!