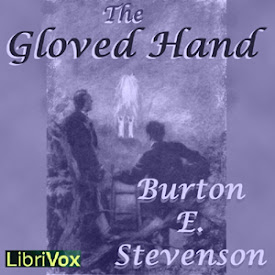 Mr. Lester, a private investigator, and his friend Godfrey are caught up in a strange case that takes them to a large estate in the country where at midnight they witness a mysterious "falling star" that appears to burst into a shower of sparks over two white robed figures standing in the air. There is a young lady in a flowing white dress and many more twists and complications before the mystery is solved. (Summary by Don W. Jenkins) (6 hr 32 min)

Chapter I The Falling Star

Chapter III The Drama in the Garden

Chapter V A Call for Help

Chapter VI The Scream in the Night

Chapter XII Guesses at the Riddle

Chapter XXI The Vision in the Crystal

Chapter XXVII The End of the Case

In the vein of 'Holmes'/'Watson', these «moreso friends» with 'Godfreys'-respectful-treatment of Lester & his enjoining mutual benefit to the 'relationship' is refreshing & intriging. The 'reading' is efficiant, entertaining and easy to follow. Interesting to find Godfrey as an 'original BLOGGER'. Relatively short [chapters] lend listening ease.

I typically avoid stories involving religion but am glad I gave this one a try. While religion was a central theme it didn't take the story over nor annoy me with its ridiculousness. It was more of a drama than mystery for me as I felt I knew who the murderer was the entire time but wasn't sure how he could be figured out. I like the relationship between Godfrey & Mr. Lester. The description says the latter is a detective but he's a lawyer & Godfrey is a newspaper man. I disagree with the unnamed reviewer. I only heard one racial term & the reader pronounced it like the country as Niger. Also, the reader is perfect. He's a native English speaker without any accents. To make it even better he changed his voice for a few characters. This helped me to keep track of the characters better. I'm going to look for more books read by him.

Stevenson's usual storytelling flair at work, but the racism was a little too thick for me. Also, though the reader was clear and well-paced, his vocal characterizations for some characters seemed inconsistent with the author's descriptions of them, which was distracting.

This reader is one of my favs. The story kept my interest and was fun to listen to. I think this author had a good time imagining his story plot. By today's (2019) standards it would be a bit simplistic but for the time, makes perfect sense. I enjoyed hearing how Brooklyn was the country, filled with large wooded estates.

my biggest complaint is that there were clues I picked up on long before the characters. Godfrey is supposed to be a detective yet misses a lot. I waited several chapters for them to figure out what I already knew. otherwise, it was fine.

Very well done and full of mystery and surprises. Even though the author leads you in a direction of the solution, it seems impossible to arrive there and makes you eager for more details. The reader does a fine job as well.

Good Story. narration was good, although some of the voices had to make me chuckle. but this in no way took away from the enjoyment of the story if anything it added to it