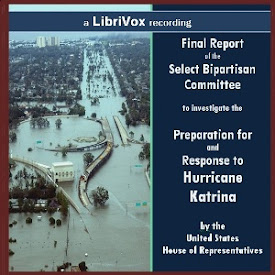 A Failure of Initiative: Final Report of the Select Bipartisan Committee to Inv…

In September 2005, the House of Representatives created the Select Bipartisan Committee to Investigate the Preparation for and Response to Hurricane Katrina. The Committee was charged with conducting "a full and complete investigation and study and to report its findings to the House not later than February 15, 2006, regarding-- (1) the development, coordination, and execution by local, State, and Federal authorities of emergency response plans and other activities in preparation for Hurricane Katrina; and (2) the local, State, and Federal government response to Hurricane Katrina."

First and foremost, this report is issued with our continued thoughts and prayers for Katrina’s victims. Their families. Their friends. The loss of life, of property, of livelihoods and dreams has been enormous. And we salute all Americans who have stepped up to the plate to help in any way they can. (Summary modified from the Preface.) (20 hr 59 min)