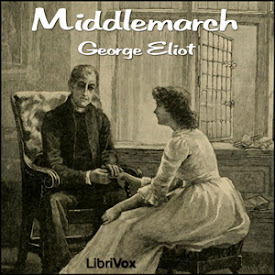 The book examines the role of education in the lives of the characters and how such education and study has affected the characters. Rosamond Vincy's finishing school education is a foil to Dorothea Brooke's religiously-motivated quest for knowledge. Rosamond initially admires Lydgate for his exotic education, and his intellect. A similar dynamic is present in Dorothea and Casaubon's relationship, with Dorothea revering her new husband's intellect and eloquence. In both cases, however, the young wives' expectations of their husbands intellects are not reflected in reality.
Despite extreme erudition, Mr. Casaubon is afraid to publish because he believes that he must write a work that is utterly above criticism. In contrast, Lydgate at times arrogantly flaunts his knowledge, making enemies with his fellow physicians. He regards the residents of Middlemarch with a certain amount of contempt stemming from his belief that the townspeople are backwards and uninteresting. However, his education has not included tact and politicking, skills necessary in a small town but are seen by Lydgate as below him, the brilliant doctor. (summary from Wikipedia) (33 hr 2 min)

There were a couple of problems with this recording. First, one of the readers -- who read a significant number of chapters -- is clearly not a native English speaker. While I was able to get used to her accent after a few chapters, her frequent mispronunciations were grating and almost led me to give up on the book. Second, a number of chapters were recorded at rather low volumes, making it difficult to hear the reader if you're in a place with lots of ambient noise (gym, subway, etc.).

One of the readers who precedes the lady with the accent is Elizabeth Klett, who is one of Libriivox's greatest readers. The lady with the accent has a pretty voice, and I believe a Pakistani or Indian accent. Either of these I find very agreeable, nearly as much as I do someone with a Parisian accent. It's unfortunate that her voice wasn't used to the best effect. Surely, there must be stories on Librivox for which her pretty voice would be perfect.

The reading, of which there are many chapters, by the non-native-English speaker made her chapters a true trial to listen to. Pity, as I'm sure her intentions were good but she rather overreached by reading in a language with which she is probably familiar as a reader but certainly not a speaker.

This is a great novel and thus, my rating is for the reading rather than the novel. Elizabeth Klett is a marvelous reader, but I was dismayed by how few of the chapters are read by her. I highly recommend using the far superior solo version of this book instead.

An unassuming but very appropriate title.

This is one of the best books I have ever read. It treats of the complex interactions of character, human good but especially as it is tainted with evil. Often to the core of our being. Eliot had an incredible insight and understanding of human nature!

The reading from chapter 15 on was absolutely dreadful. If you expect people to listen to recordings, they shouldn't be made by people who can hardly speak English! I had to stop listening - and I really wanted to hear the rest of the book.

ok book, the readers are fine not great but not bad by any means.